­
Previous Next
The Long and Short of It: Are Food Companies that Placed Enormous Bets on Values-Based Food Production About to See a Big Payoff?

The Long and Short of It: Are Food Companies that Placed Enormous Bets on Values-Based Food Production About to See a Big Payoff? 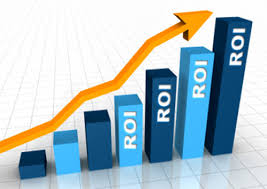 Globally, 108 million children between the ages of five and seventeen are engaged in farming, livestock, forestry, fishing or aquaculture, putting their safety at risk and infringing on their human rights, according to the Food and Agriculture Organization of the United Nations.

In decades past, this tragic fact and the plight of those affected were hidden in the dark corners of food production, with little hope of change. Now, there is a worldwide effort to rid the food supply chain of child labor, spearheaded by food companies, governments, and multi-lateral and non-governmental organizations.

Because the social contract between consumers and the companies that serve them is changing. An increasing percentage of consumers expect companies to operate responsibly and spend a meaningful percentage of their profit to address society’s most pressing problems, including climate change, public health and social justice.

Whether they know it or not, today’s consumers and food producers are a creating a new ethos for food production driven by Value Theory. As narrowly defined, Value Theory is used in philosophy to, “examine how, why, and to what degree humans value things…”

For more than 100 years, Value Theory proved consumers valued taste, price and convenience as the most desirous attributes of the food supply. Then a decade or more of disruption occurred. Now an increasing number of consumers want:

Armed with scads of marketplace and consumer opinion research about the values consumers hold dear, countless food companies have gone “all in” on values-based food production, investing substantial human and monetary capital in healthier products, reducing their environmental footprint and supporting the cause of social justice.

Aside from doing the right thing, food producers believe consumers will reward socially progressive companies with increased sales and brand loyalty. They aspire to give consumers the products they want, seek to be a force for good and achieve consistent profitability, all at the same time.

The transformation has not been easy. Most of the food value chain has been investing heavily for years, even decades, without knowing if- or when- the payoff would come, because drastic changes in a company’s operating model are expensive, take time and have no guarantee of financial return.

It’s akin to the depiction in the movie, The Big Short, when short sellers who predicted the collapse of the housing market in the mid-2000’s, drained their liquidity and nearly went broke waiting for a housing doomsday to occur, as it eventually did in 2008. But for the food sector, it’s a “long,” rather than a “short” strategy.

Now, there is an indication their bet is paying off. A recent Wall Street Journal (WSJ) report shows restaurant company stock has surged 32%, while food company sales and stocks are growing again after a years-long slump.

There are clearly several factors at work. Record employment and a growing economy are certainly part of the equation. However, the WSJ report shows consumers are willing to pay higher prices and are enjoying more premium goods than ever before. Those premium goods are healthier, more sustainable and support common values now more than ever, because companies are investing resources to change the way they do business.

Only time will tell whether recent food sector growth is an aberration or a trend, but when the dust settles the data may show values-based food production is resonating with consumers. If it’s working, profitable companies may want to “double down” on their strategy and investment as a way to regain consumer trust that has waned for so many years.