Great Communicators Find a Way to “Slow the Game Down” 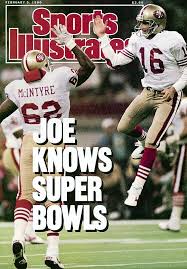 In the 2014 major motion picture, Draft Day, Kevin Costner’s character, Sonny Weaver, the mythological general manager of the Cleveland Browns, is under pressure to make a slam dunk number one pick in the National Football League draft. The owner, the head coach, the scouting staff, fans and media pundits are all telling him what to do.

The stress of which player to choose takes its toll on Weaver during the final hours before the draft. He screams at his mother, slams a laptop computer into his office wall, verbally eviscerates the intern assigned to help him and fights with the owner and coach before stealing away for a quiet moment to regain his composure and his bearings.

During that moment of reflection, Costner recalls San Francisco 49ers quarterback Joe Montana’s game winning drive in Super Bowl XXIII against the Cincinnati Bengals with three minutes remaining in the game. In his analysis of the game, Costner figures out Montana’s formula for success, declaring – when everything is on the line, “The great ones always find a way to slow the game down.”

Slowing the game down is what effective communications is all about. There are a lot of competent communicators within arms reach. However, what separates the great ones from the pack is the ability to keep their composure under moments of crippling stress and perform at a high level.

In the midst of a crisis, an effective communicator must sort through dozens – sometimes hundreds – of inputs an hour to arrive at the proper strategy. Then he or she has to successfully execute that strategy under enormous pressure, often putting their job and their organization’s reputation on the line.

When your organization needs to respond, when things go wrong or when you are on the offensive trying to tell your story, there is a dizzying array of activity going on around you and your communications team. Social and traditional media fires are burning, nervous c-suite executives loom large and lawyers and scientists appeal for caution – just to name a few.

When you see these traits in your communications team or external public relations counsel, you know you’ve got a good one.