­
Previous Next
Why Soda Tax Proponents Are Ideological Outcasts 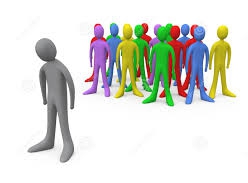 In today’s society and in an age of information overload, it is more important than ever that we look beyond headlines and 140-character opinions to separate urban legend from the truth.

If you trust the headlines, you probably believe Americans are swimming in a sea of soft drinks that are making everyone obese and causing various health maladies. You might even believe the problem is so drastic it warrants government intervention in the form of taxes, bans or restrictions on what people drink.

On the issue of soft drinks and obesity, let’s start with the most compelling evidence. Obesity rates have increased in virtually every demographic since the late 1990’s. The exception is children ages 2-5, where studies show obesity rates are declining. During the same time, the consumption of regular (sugar-sweetened) carbonated soft drinks has declined by 12.5 percent and the number of calories Americans take-in from regular soft drinks has experienced a corresponding decline. Adults and children, on average, now consume less than 200 calories per day from regular soft drinks.

This data shoots holes in the theory that soft drinks are the unique or prime cause of obesity and therefore merit government intervention designed to deter consumers from drinking them. A virtual army of academics, healthcare professionals and non-governmental organizations continue to perpetuate the soft drinks and obesity myth. Their narrative is designed to support the implementation of public policies that punish both consumers and private enterprise – chiefly in the form of a consumption tax on soft drinks.

There is no doubt that obesity is a serious problem. However, we now have fifteen year’s worth of data that shows soft drinks are not the cause of obesity – nor even a prime driver of it. So why do countries like Mexico and the United Kingdom and local jurisdictions like Berkeley, California, implement soda taxes in the name of public health? Here is a multiple choice quiz on the question:

The correct answers are items 2-5 above.

Despite these failures, proponents of soda taxes continue to propagate the narrative that taxes, bans and restrictions on soft drinks will turn the tide in the battle against obesity. They can’t stop saying it because they lack the ability to put their personal and organizational biases aside in an earnest effort to find viable solutions to the obesity problem.

We need to move beyond opinion and political motivation if we are going to solve the obesity riddle. Evidence continues to mount that taxes on soda have no impact on obesity and public health, and those that continue to advocate them are closer and closer to joining climate change deniers as ideological outcasts.