­
Previous Next
Is FDA Trying to Thread the Needle with its Food Policy Agenda?

Is FDA Trying to Thread the Needle with its Food Policy Agenda? 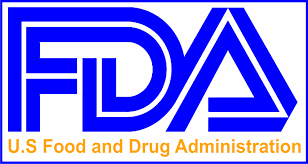 The current occupant of the White House thrives on chaos. From its foreign policy with North Korea and Iran, to international trade and its regulatory approach here at home, the Trump Administration leaves observers guessing with its unorthodox approach to governing.

Congress looks only slightly strategic by comparison, where competing factions in the Republican and Democratic caucuses can barely agree on what to serve for lunch, while struggling to enact meaningful public policy solutions on immigration, infrastructure and healthcare.

When you add it all up, “official Washington” is a mess right now. Historians and political scientists will have a lot of fun analyzing this political era in the coming decades.

Of course, the food and agriculture sectors are not immune. The Farm Bill, typically a bi-partisan effort, is embroiled in political controversy. In addition, the Administration is pushing disruptive proposals like Harvest Boxes and moving the Supplemental Nutrition Assistance Program from one federal agency to another. Then, there is the uncertainty that surrounds bioengineered food labeling and the next Dietary Guidelines for Americans.

Amidst the bedlam, there is the Food and Drug Administration (FDA). The Agency has quietly gone about its business of regulating the food supply, while trying to account for a chaotic food marketplace and a lack of consensus among its stakeholders.

When it comes to substance, the FDA finalized calorie labeling requirements for food service menus, finalized the new Nutrition Facts Panel (NFP), and rejected industry’s request for limited use of partially hydrogenated oils. Separately, the FDA is taking a more active role in developing a regulatory framework for the use of biotechnology in food.

Some of these items are a finalization of regulations proffered under the Obama Administration, and some of them are new proposals. Regardless, when you do the math, FDA’s actions constitute a progressive food policy agenda designed to change individual behavior and arrive at positive public health outcomes.

However, the FDA must still govern as part of an anti-regulatory Administration that believes in the power of the marketplace to successfully address society’s problems.

That is why, in addition to changes it is mandating with regulation, the Agency is in the process of developing a cadre of public information campaigns designed to affect dietary changes or bolster consumer confidence. For instance, it has announced plans to create and implement consumer education campaigns in support of menu labeling, the new NFP and the use of biotechnology in food.

This strategy aligns nicely with a rapidly evolving marketplace, and in the presence of opposing viewpoints on the merits of government intervention relative to the values-based marketing approach most food companies are committed to.

However, it is important to ask whether FDA’s activist regulatory posture, softened with an ambitious commitment to consumer education, is an accident or a brilliant strategy to appease divergent food policy views in government and industry?

While industry and regulators often make strange bedfellows, they are also locked in a symbiotic partnership designed to serve the public good. In due time, marketplace data and public health metrics will determine whether the decisions of today provide answers tomorrow when it comes to food and public health.