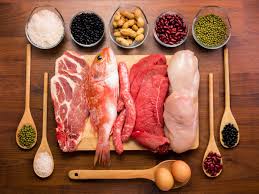 Conventional wisdom has long held the post-World War II era was the golden age of American food production.  While that was an impressive run, you don’t have to be Albert Einstein to see food production is in the midst of another, even more impressive, transformation.

In nutrition, we can now identify specific triggers for diseases like Celiac and IBS and develop specific diets that mitigate the symptoms of those who suffer from them. In agriculture, we are creating crops that resist drought and pests and possess specific nutritional benefits through genetic engineering.  In food manufacturing, we are creating products with health benefits for consumers seeking better heart health, enhanced brain function, stronger immune systems and improved athletic performance.

While these are important accomplishments, the cutting-edge changes taking place in the protein sector are equally impressive.  For centuries, animal-derived protein and dairy products were unrivaled as the chief source of protein in the human diet. Then, along came a slew of non-animal dairy sources, including soy, almond and coconut products that perform similar to traditional animal milk.

In addition, innovators have developed protein-rich plant-based foods made with soy, beans, vegetables, nuts and other non-animal products that mimic the taste and performance of traditional meat proteins like seafood, burgers and breakfast meats. Some companies have now introduced genetic engineering to these products to make them even more similar to their traditional meat counterparts.

Now, a bunch of really smart people have figured out how to culture animal meat in a laboratory and manufacture it in an industrial setting. Lab-grown meat is on the cusp of becoming a realistic marketplace option, although cost and consumer acceptance issues have to be successfully resolved.

These impressive technological developments are driven by ingenuity, but also by modern consumers’ quest for healthier protein options that are produced in conformity with their environmental values and ethical beliefs.

The changes are exciting and a testament to private sector innovation, but when new ways of doing things are developed or the status-quo disrupted, the public sector is usually not far behind. Consumer advocates demand government investigation, competitors instigate regulation and litigation to protect their investment, and curious regulators create hurdles and barriers in the name of public protection.

As an example, the public sector has recently assumed a much higher profile in the meat and dairy space. Regulators at the U.S. Food and Drug Administration (FDA) and the U.S. Department of Agriculture (USDA) are attempting to sort out the science and technologies unfolding in the protein marketplace, while simultaneously being asked by industry to settle important standards of identity issues brought to the forefront by the use of those technologies. For instance, what is the correct definition of milk? Meat? A burger? Crab?

Not surprisingly, the traditional animal protein and dairy sectors argue for a narrow definition of those items, while competitor food start-up companies seek a broader definition. The outcome weighs heavily on the marketplace success of contested products.

Separately, FDA and USDA and their respective constituencies are struggling to determine which agency has purview over lab-grown animal protein, what to call it, and how to develop an efficacious regulatory regime for it. After months of discord, the two agencies will host a public meeting next month to examine these issues and move closer to a single agency or harmonized- regulatory approach.

While there is a lot at stake when it comes to the rapid changes taking place in the protein sector, it is important for start-up companies, legacy companies, and farmers and ranchers alike to keep “the consumer” at the forefront when developing their regulatory posture and associated consumer communications strategy.

Consumers want more and better choices, they want a values-based food supply, they want food that was made sustainably and sourced ethically. Meanwhile, if they see companies behaving one way in the marketplace and another in the regulatory environment, the disconnect can damage hard-won trust in companies and brands.

Of course, the stakes are high in the public policy arena, and there may be winners and losers. So, a bare-knuckled regulatory and legal brawl may be the way to go. But behind it, the players in the protein value chain must explain their rationale to their consumers clearly and enunciate why decisions made now will have a long-lasting, positive impact on consumers, the planet and our food supply.

Regardless of your organization’s position on these important food policy debates, make sure your communication with consumers is clear and consistent and in-keeping with your corporate values and mission. If not, consumers may become confused, disappointed and their trust in your company and brands may wane.